Myths and Tales of the Past in Our Frigid Forecast 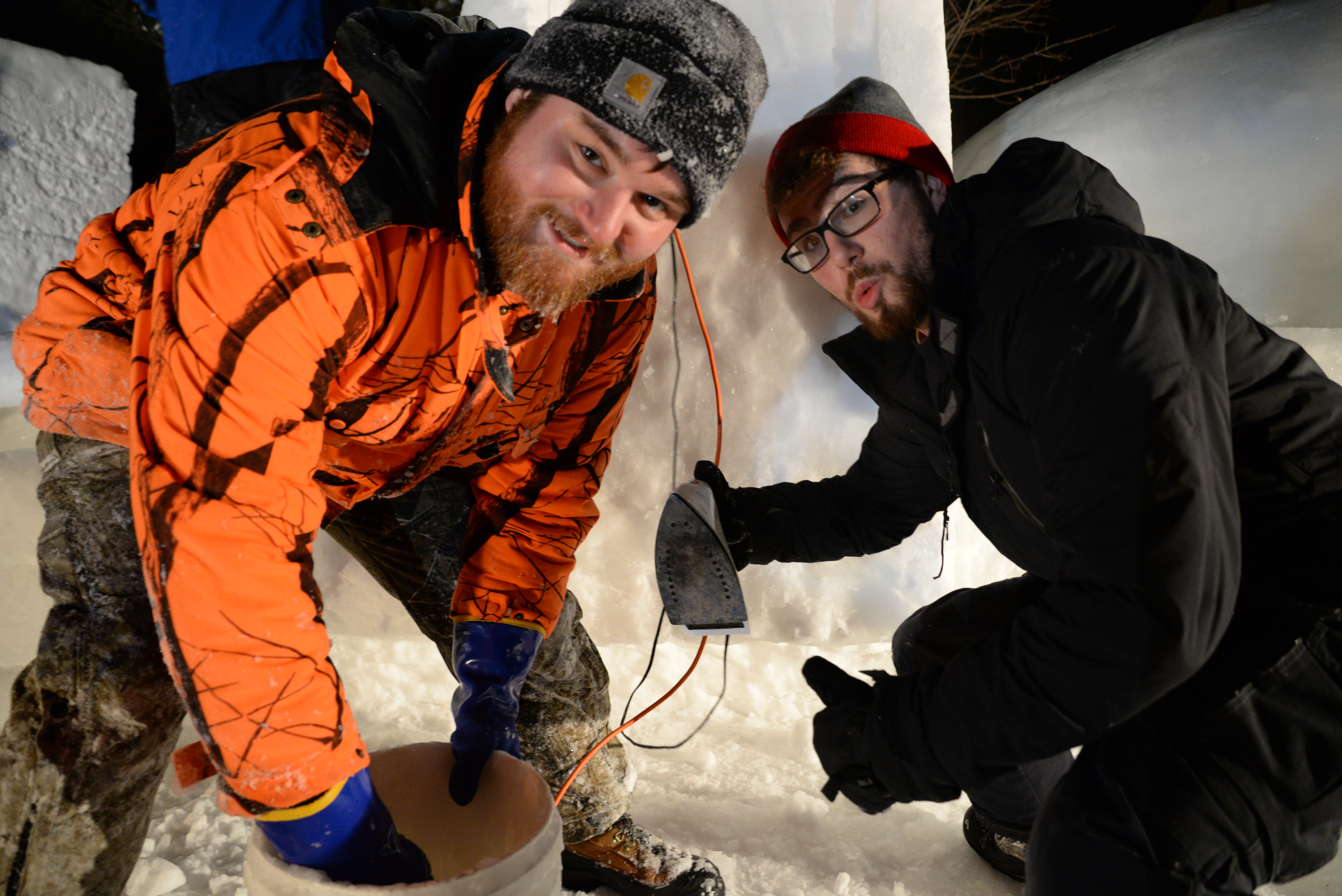 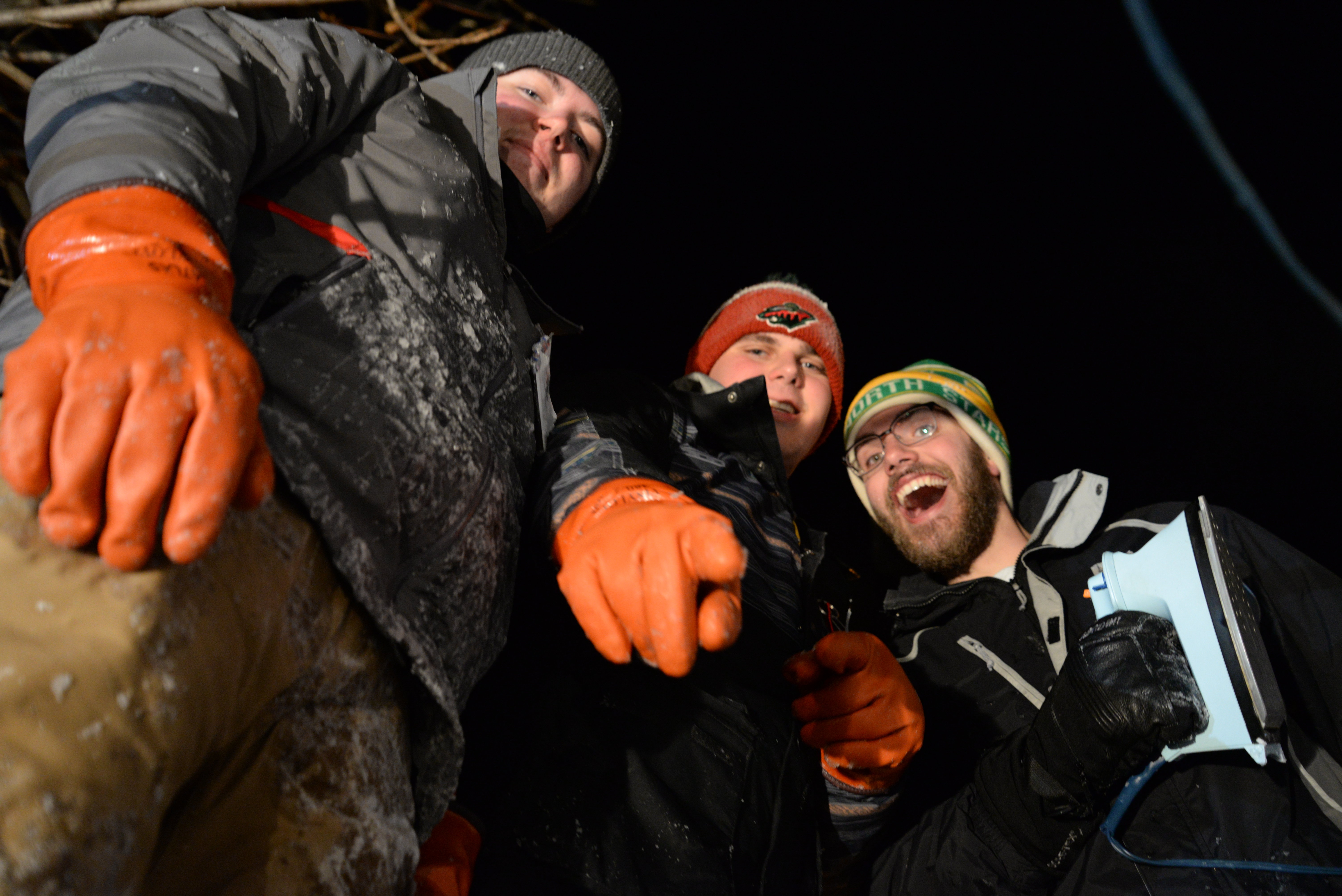 For the second year in recent times, Triangle Fraternity at Michigan Tech tackled a large undertaking that would involve huge sums of man power and hours.

For the 2018 Winter Carnival Month Long Statue competition at Michigan Tech, Triangle’s theme was “To Roswell some aliens decided to take a trip, but landed in Houghton in a snowy starship”. Our site design encompassed the famous Area 51 military research site. Among our site’s design was a large aircraft hanger dubbed “Hanger 906” and a classic 1940’s Chevy truck who’s flatbed was loaded with an alien spacecraft. The statue description for those passing by our title block, telling everyone “What Really Happened”, read:

On June 25 2013, 8 years after a Freedom of Information Act request was filed, the CIA for the first time publically acknowledged the existence of the United States Air Force base known as Area 51. The site, commonly recognized for its accused holding of extraterrestrial aircraft, is a top secret test site for many experimental weapons and defense systems. The supposititious rendering of the site before you features a captured UFO in- transit to a secret compound. The hangar gate is supported by a hidden wooden cross member. Emerging research on extraterrestrial life is performed right before your eyes.

The 2018 statue season was unconventionally short due to the unusual academic calendar that happens this year and the next. This meant that everyone’s statue designs now had to be accomplished in a mere 3.5 weeks as compared to the usual full four weeks. This, along with the statue season beginning several days before classes even started for the spring semester demanded a coordinated and efficient effort on our part and that of every other organization. With all this in mind, we planned out the weekly work schedules before the Brothers left for Christmas break, allowing us to jump directly into the work upon our return.

Every year the statue effort brings out some of the greatest sides of Brothers and funniest of memories made. From Brother John Medley borrowing his truck for the snow delivery effort nearly every night to the many late-night, over-tired shenanigans that occurred nearly every shift, the work nearly always guarantees a unified sense of Brotherhood and fellowship. I myself love seeing this side of the event. While every night certainly can be tasking and demanding on the Brothers working, everything we do is only as fun as we make it - and we certainly put that philosophy to the test.

The annual statue effort also brings out the greatest community effort between organizations. We all know that despite being in competition, we are all in this together for the enjoyment of others. I specifically remember one night where myself and several other were on snow collection duty and during one of our trips became stuck in the snow. Before we even had the chance to get out of the truck, several individuals from another organization that were collecting snow nearby had already jumped to our assistance and had us out of the snow. After a quick shout of thanks and a wave of the hand, we were on our way back to the statue site. Lo and behold, not 30 minutes later on another trip the exact group that helped us was stuck in the snow. We threw out or tow strap and had them unburied in a moment. These moments of unspoken and unbridled support for each other make doing statue every year an easy task.

Statue never fails to bring out the full array of emotions. From the groans of tired bodies to the accomplished sighs of a job-well-done, we have the opportunity to challenge ourselves and others to not only uphold one of our founding Code of Ethics, but also partake in something that very few other people around the country and even around the world get to experience. For that reason, I always look forward to what the next statue season has in store.